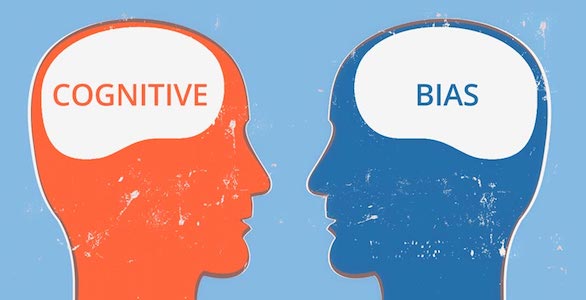 What biases do you have?

This is always a question that makes people uncomfortable. The instinctive response of most is, I don’t have any biases. And that may be your initial thought too. But we all have biases.

Imagine you are walking onto a bus; the bus is just over half full and every bank of seats has someone sat on it. So, you need to choose one of these strangers to sit next to. The bus is filled with a mixture of nationalities, ages and men and women. Who do you sit next to? Your instinctive choice is your subconscious biases coming to life. Most people will choose to sit next to the person who looks most like them – similar age, same-sex and nationality. Although many men I have asked this insist they would sit next to the prettiest woman on the bus. Bias demonstrated none the less.

The bus example is a fairly harmless expression of our bias. The societal impacts of natural segregation aside, no one is losing sleep over bus seating. In the workplace, our biases show up every day. The people we select to work on the new project team with us when interviewing new hires and giving performance appraisals. Biases can be conscious – where we are aware of our bias or subconscious – where we are unaware but the bias still influences our decision making.

Biases have existed for as long as humans have existed and have resulted in the commonplace exclusion of certain groups from professions or roles. Sheryl Sandberg has written and spoken plenty about the lack of women in senior corporate and government roles and Hillary Clinton cited bias against a female president as one of the cornerstones of her 2016 defeat.

Where I live in the Middle East is glorious for many things, one of them being the melting pot of cultures and nationalities that coexist here in peace. But while we are notable for our inclusivity in this part of the world, we are also notable for our bias. Lack of older workers in the workforce, nationality discrimination and job adverts requesting a male or female for the role is notable. Practices that would make us uncomfortable in our home country are commonplace and this acceptability makes the impact of bias in the workplace all the more relevant here. When a bias is accepted why make an effort to hide or change your own?

On a bigger scale, change is needed. More regulations regarding recruitment practices, equality law and initiatives to encourage entrepreneurship in under-represented groups is important. But on a smaller scale, there are actions we can all take to remove the impact of biases in the workplace. Check yourself and the biases that you hold. This can be a tough exercise as it forces us to address parts of ourselves that we would rather not see. Think back to the last hire you made, the last judging thought you had about someone or the last time you got angry at someone. Was your response a purely logical one or were there some hidden biases at play?

To test what biases, you have you can go to https://implicit.harvard.edu/implicit/takeatest.html. There are many different bias tests available here. If you dare, let us know your results below!

Ultimately whether you decide to take action and fight your own biases is a personal one. I will leave you with these stats and let you make up your own mind.

*1 The National Bureau of Economic Research

*6 National Bureau of Economic Research: Are Emily and Greg More Employable than Lakisha and Jamal?