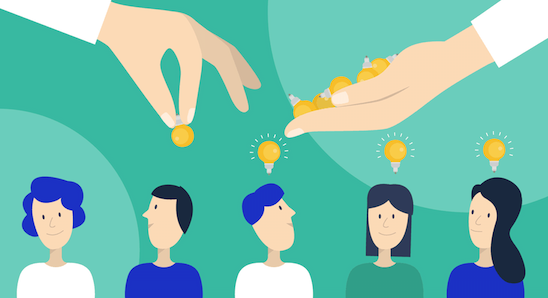 Are you a salesperson trying to sell more, or a manager trying to instil positive behaviours in your team. Whatever your role you need to influence! Influence is a key skill that will impact how you rise in your organization, the level of success you achieve in your role and the quality of the relationships and connections you make.

In Daniel Pinks bestseller, To Sell is Human he outlines many ways to increase your persuasion and influence power. Here are six of my favourite.

Do you think you are more likely to gain agreement with your way of thinking when you make a statement or ask a question? Research shows that asking a question is more effective at getting someone on your side. Why? When we ask a question we force the other person to be critical and think through what we are asking them, even when the question is rhetorical. That thought process increases their attachment to the answer and increases the feeling that it is their idea. People don’t like having ideas forced on them so asking a question gives them input into the thought process.

People like to have choices but too many choices confuse and overwhelm and lead to inaction. When you want someone to make a decision give them a limited number of options to choose from (3 is optimal) and make the middle option your preferred choice. Most people don’t want to go with the extreme option so will choose the moderate ‘middle‘ option.

Studies show that people were more convinced about something when they were presented with several good things about an idea and then one drawback. The drawback shouldn’t be so big as to completely put the person off. The negative information must follow the positive – don’t lead with the negative. The weak negative information works to highlight the salience of positive information. You have also shown that you have considered the negative and, as long as it isn’t too big, the other person will be reassured by the strong positive to negative ratio.

If you are selling yourself, or someone else, instead of talking about accomplishments and success talk about the potential. This may seem counterintuitive but the research shows that we are more drawn to the possibility of what could be. We find this potential more interesting because according to the researchers it forces us to think more deeply about the person we are evaluating and the more intensive processing that this requires generates more and better reasons why the person is a good choice.

In his work on Influence, Robert Cialdini stated as one of his six ways of influencing, consistency. What this means is that people want to act consistently with the view we have of them. So if you want someone to act in a certain way, give them that label. For example, “I know you are a fair and reasonable person and will do what is right for your child.” Following this statement, the person is more likely to act in a fair and reasonable way.

People are driven by purpose. If you can link what you are trying to influence identify your topic with a purpose that is meaningful to the person you are influencing. Linking to purpose has been shown to cause people to donate more money to charity and lead people to be twice as productive in their work. This rings true when we look at company performance also. HBR research shows that purpose-driven companies outperform the market by 7-10%. When something matters to us a deep level we are called to act, and we feel good about it afterwards.