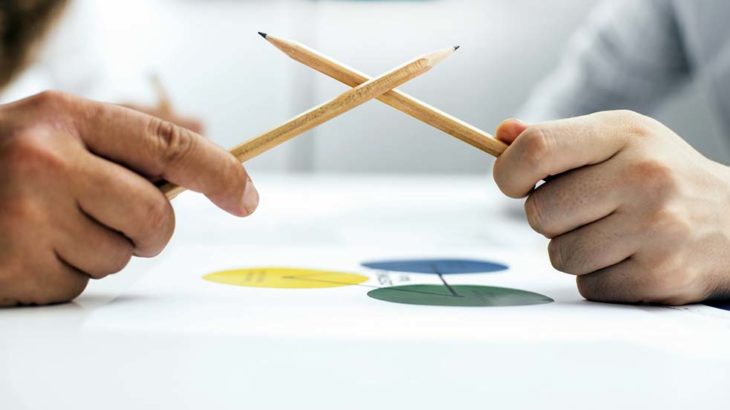 Does your organisation encourage or impede conflict?

Conflict is a normal and inevitable part of our time at work, and the higher we rise in the organisation the more prevalent and impactful conflict becomes. Conflict can arise from personality clashes, different working styles and priorities, role disagreements and fundamental differences in the organisation strategy.

Most of us, don’t particularly enjoy conflict. But its existence is as necessary as it is predictable. Teams and organisations with no conflict suggest that a few things could be going on.

·     Scenario One is that the organisation has a top-down decision making culture, a culture that stifles people lower down. Dominant managers get their way and others in the organisation have learnt that presenting differing viewpoints is pointless as the managers will always go with their ideas anyway. These dominant managers react badly to critique and don’t like being told when things aren’t going to plan. As a result, people toe the line, inferior ideas are pushed through and the best talent leaves.

·     Scenario Two is that the organisation has slipped into the dangerous territory where group think prevails. This organisation rarely recruits people outside of the company mould and as a result, has an army of robots who think, feel and act in the same way. Everyone gets along and supports each others' ideas – they were thinking exactly the same thing! While this can feel nice and safe and warm, it is the antithesis of creativity and innovation. Conflict doesn’t come up because no one is having any original ideas.

·     Scenario Three is that people have different ideas and more collaborative culture is encouraged but people don’t know how to disagree effectively. They associate conflict with negativity and shy away from confrontations. Managers don’t practice open communication by giving regular and honest feedback and real debate of ideas is not practised. These companies say the right things and have the right values, but they are not implemented day-to-day.

Do you recognise one of the above scenarios in your company? If you are in scenario one, unless you are in a senior manager position there is really very little you can do. If you are in scenario two you can try to make an impact in your team by drawing out diverse ideas and using techniques to encourage more debate. (Try de-Bono six thinking hats or the pre-mortem project planning technique) If you have a say in recruitment you can encourage more diversity in talent.

If you are in scenario three, fear not, the situation is salvageable. Managers need training on how to create a culture where people give open and honest feedback and critique. Employees need to know that it is OK to disagree and receive training on how to manage conflict in a professional way.

Conflict, when done right, helps organisations to do better, debate and disagreements help us all to improve and ensures the best ideas are the ones that are implemented. In the long run, conflict brings people closer together. Can you imagine never having had an argument with your husband/wife? Conflict helps us to understand each other better and builds trust. At work, we respect our colleagues more who are prepared to stand up for what they believe in. So next time you disagree with something, speak up, stay respectful and seek a better solution with the other person.